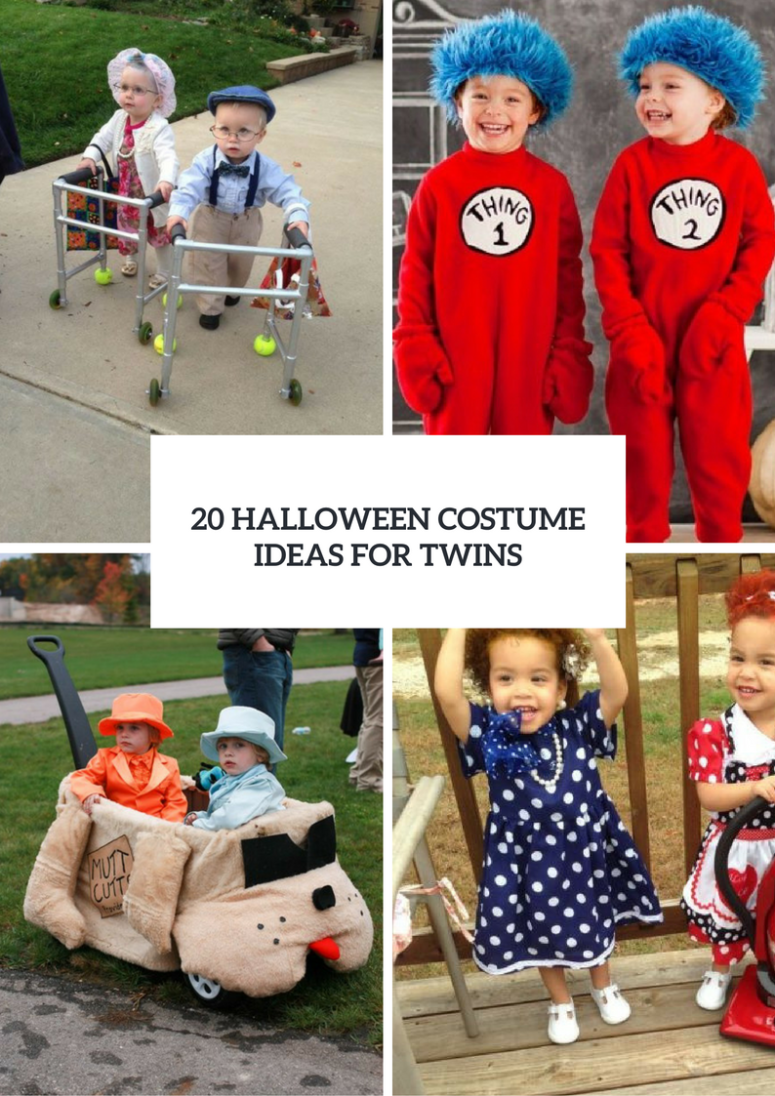 If you’re a lucky parent of adorable twins, then this article is specially for you. Today I offer you to take a look at cute and unique Halloween costumes ideas for twin boys and girls. There is a huge choice of them, so we’ve collected for you the most original and interesting ones. But first of all, you should ask your kids about characters (from movies, cartoons or comics) which they adore. And no doubt they have an answer for this question. Girls can choose incredible princesses, Elsa and Anna from «Frozen» movie or cute a rainbow and a rain cloud costumes. And boys often choose costumes of a policeman and a robber, pirates or superheroes. Secondly, start to create these costumes, and, of course, ask your kids to help you. You will spend a great time together! Now let’s look below on pics and get inspired!

Every girl wants to be a princess, but there are a lot of Halloween costume ideas, so don’t limit yourself. You can offer them unique and funny ideas, for example, hilarious characters from «I love Lucy» show or offer them Starbucks coffee’s costumes. Your kids love animals? Then, for example, you can buy or make costumes of two chickens and choose farmers costumes for yourselves. If your twins are boy and girl, then you can make a costumes of old persons for them. Looks so cute! 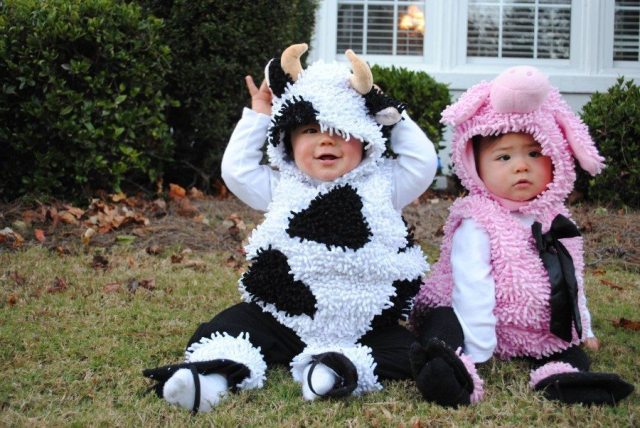 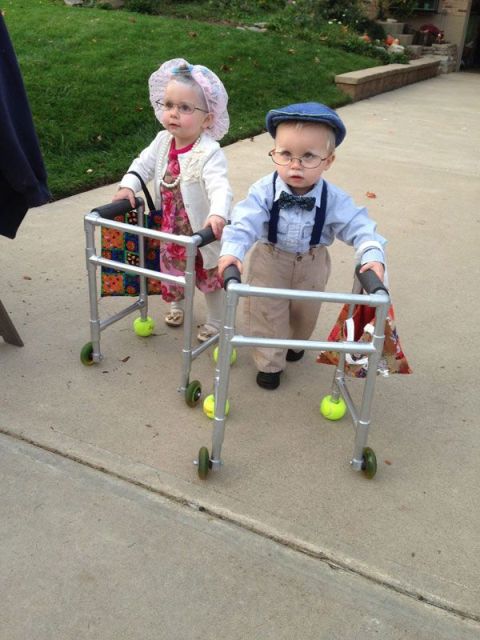 Girl as grandmother and boy as grandfather 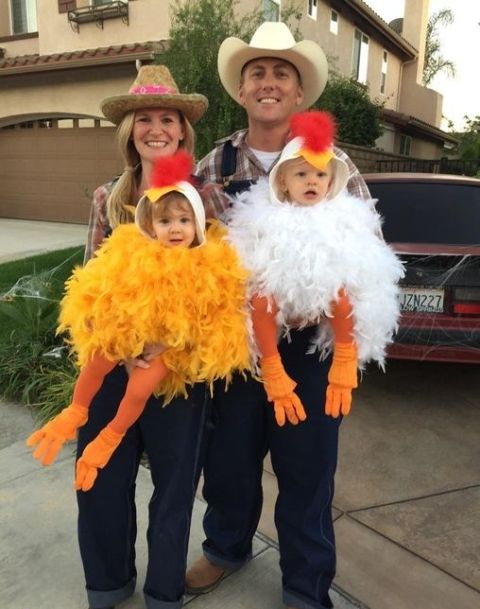 Girls as chickens and mon and dad as farmers 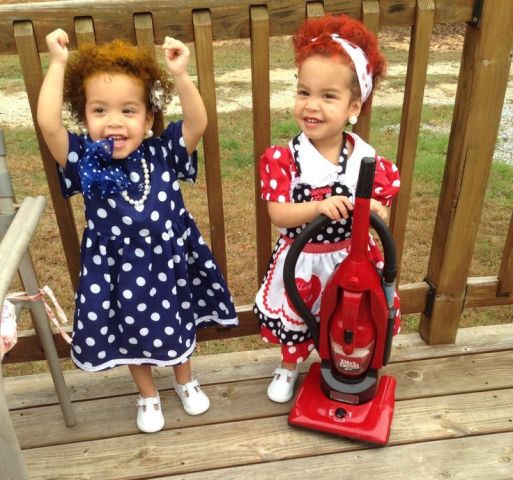 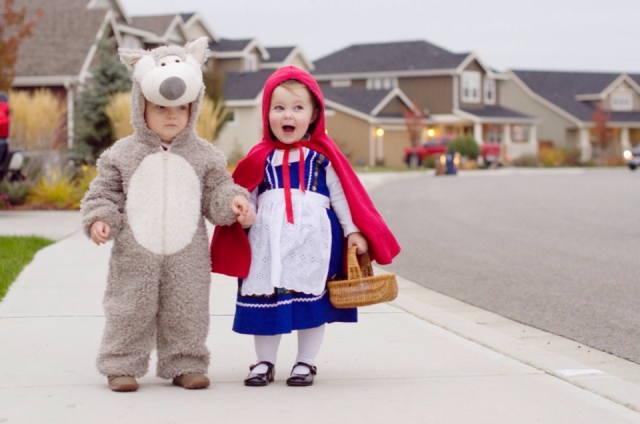 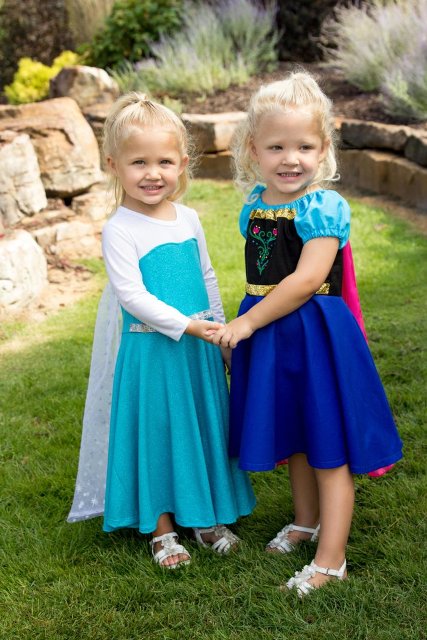 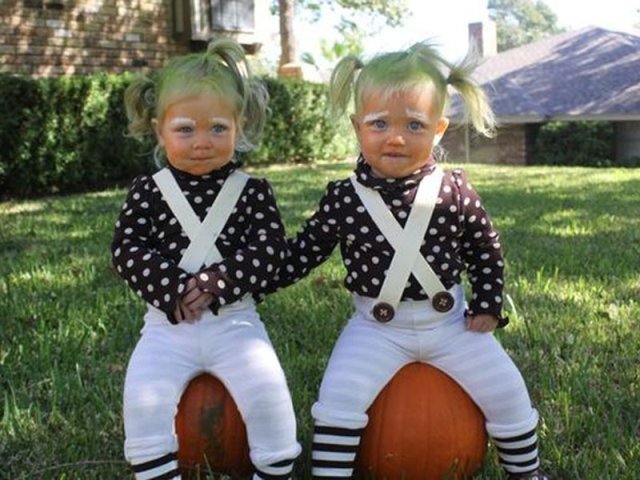 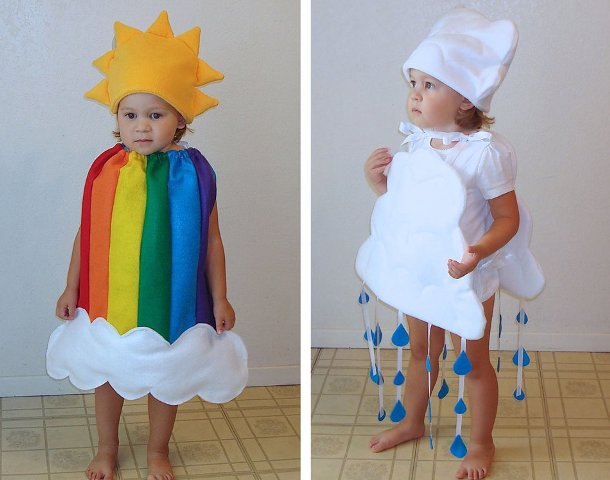 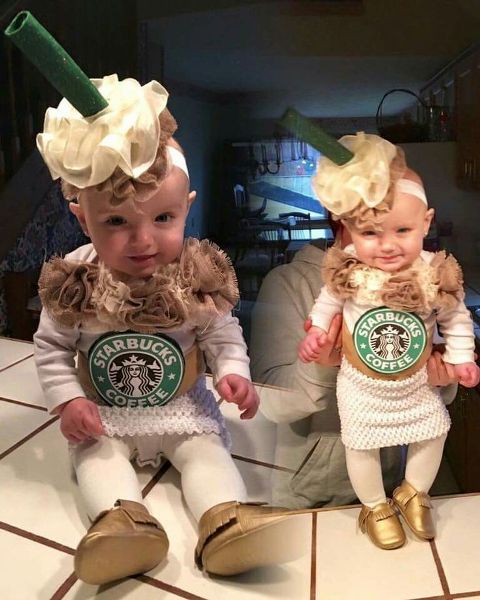 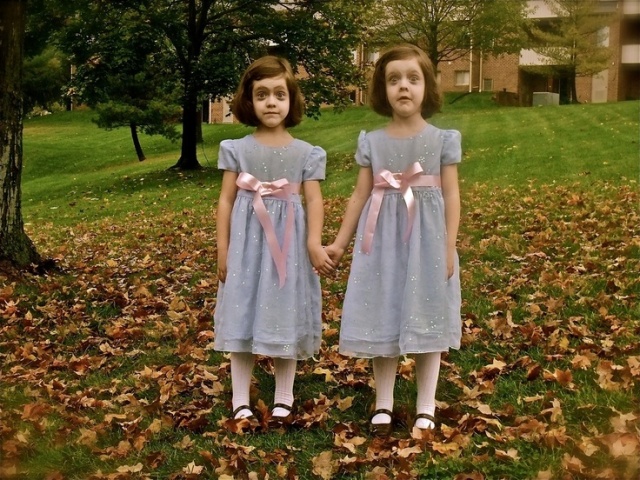 I think that one of the easiest to make costumes are the Hobbit ones. You don’t need something too special for it, just take a white shirt, a vest, trousers and a green cape. Love original ideas? Then scroll down and you’ll see «Dumb and Dumber» movie costumes or cool Harland Sanders and a bucket of fried chicken ones. Be creative! 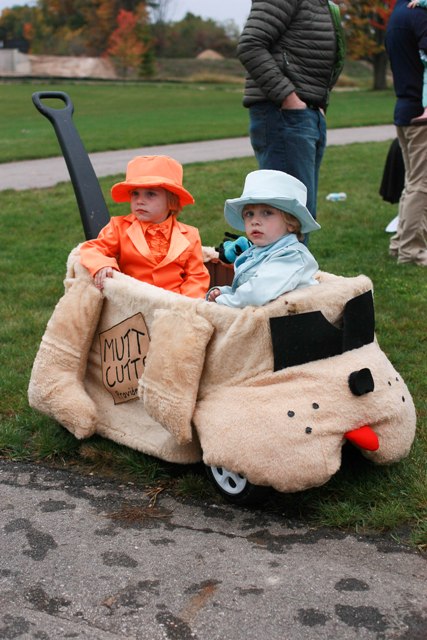 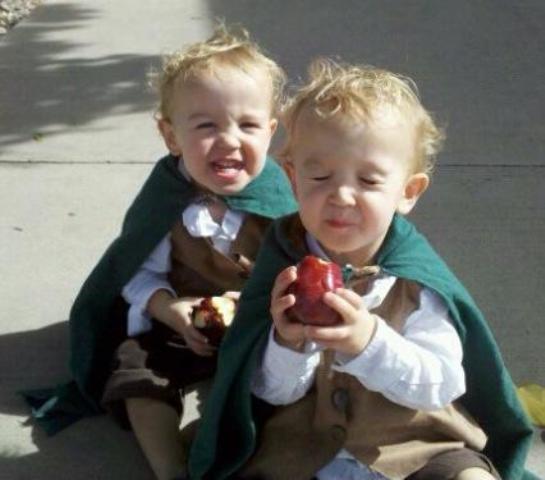 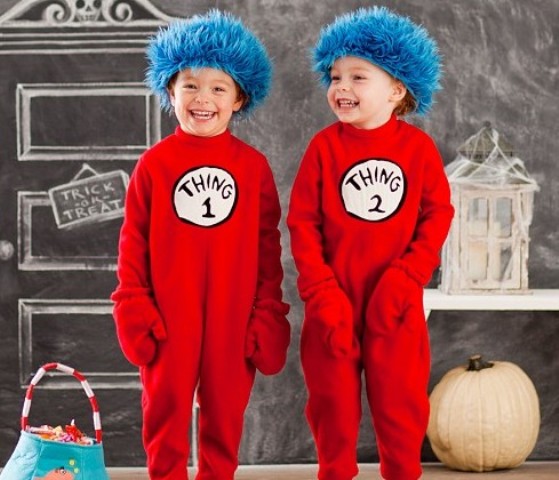 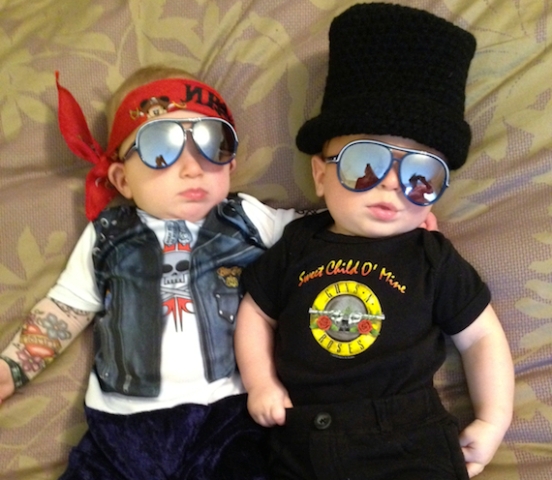 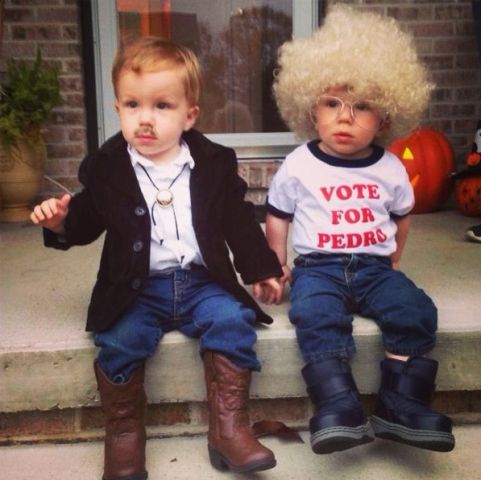 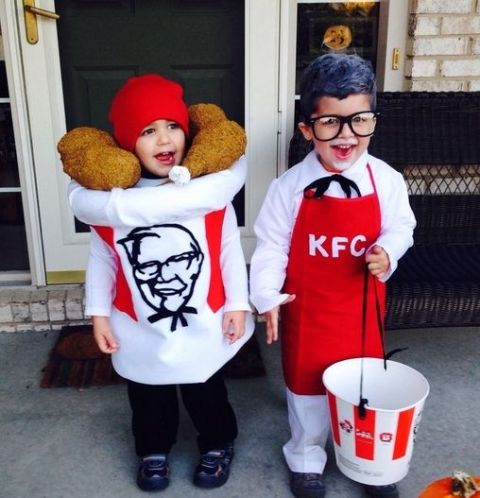 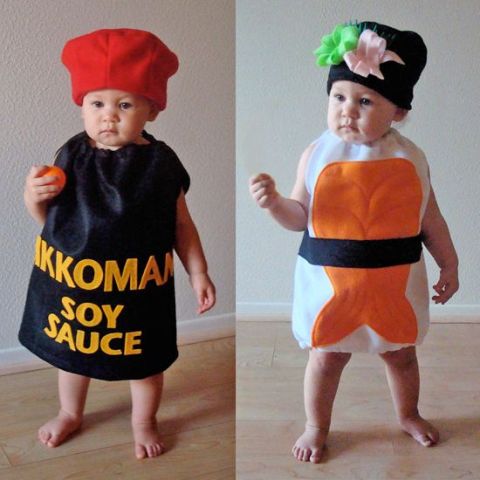 One boy as suchi and other boy as soy sause 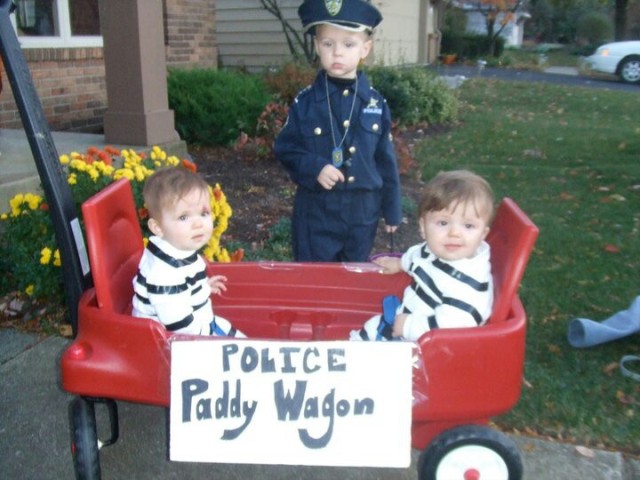 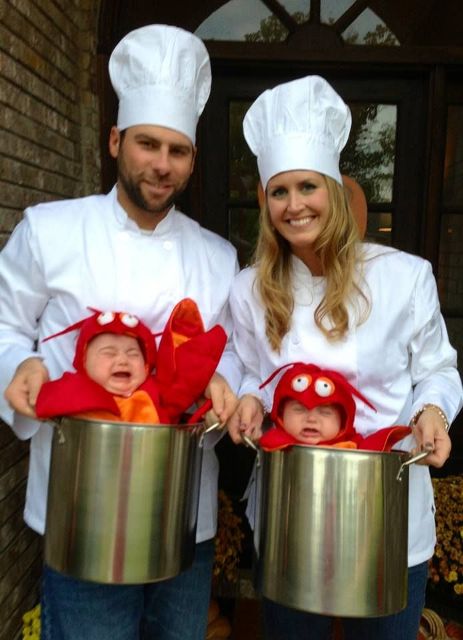 Two little boys as lobster and mom and dad as chefs