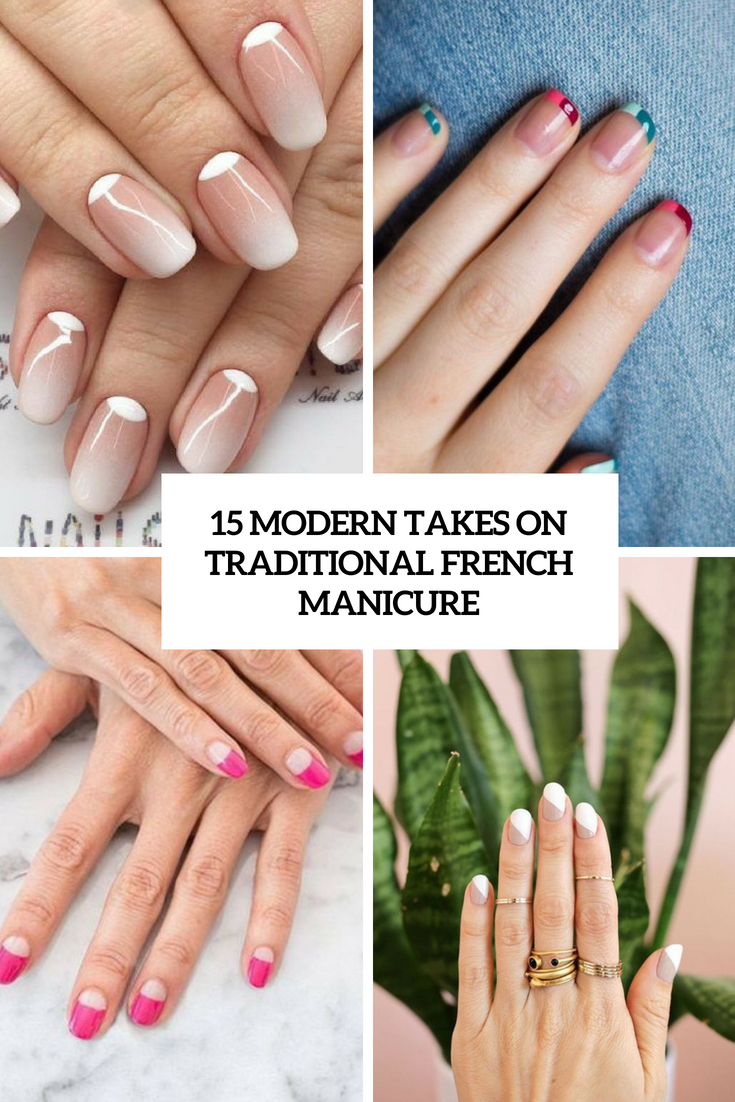 French manicure is timeless classics, which will never go out of style. But who said that you should always rock classics? There are many takes on this classics, which you may try to make your look outstanding. Wanna see some of them? Let’s take a look!

You may keep the same neutral shades but still make your French nails eye-catchy. Try reverse French manicure, go for ombre French nails, maybe even with a matte finish. Extend the tips and make them super long adding rhinestones for a girlish touch. try only creamy or white and add a thin metallic stripe – no other shades are needed. Try a geometric take on French nails – just a triangle instead of a usual tip. 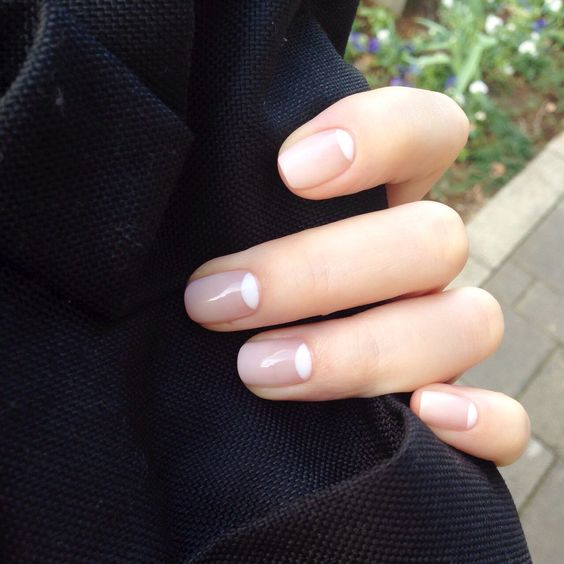 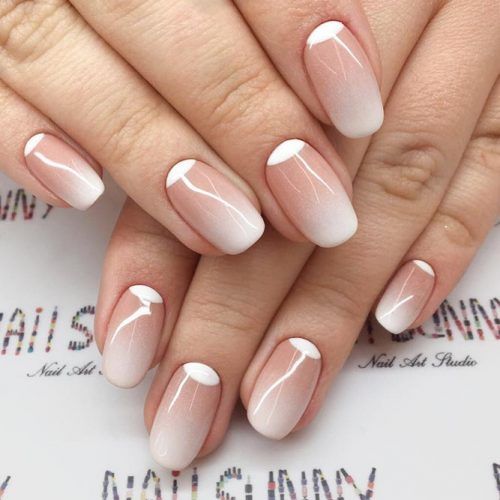 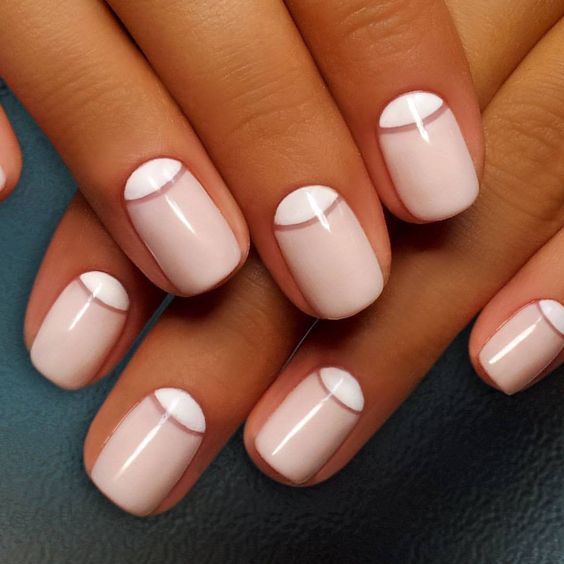 a stylish reverse French manicure with a separating line 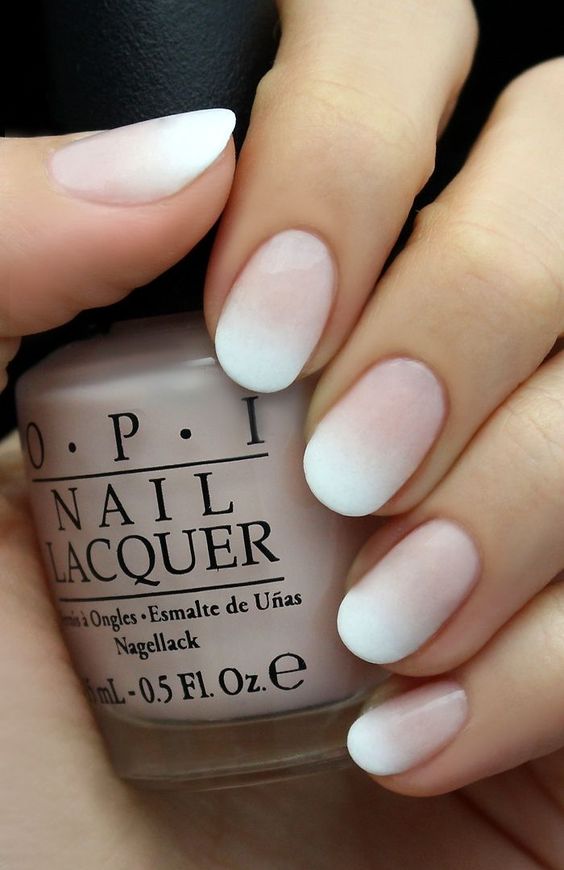 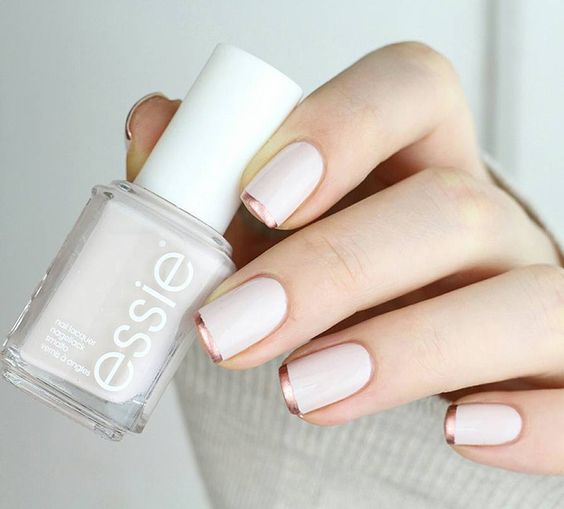 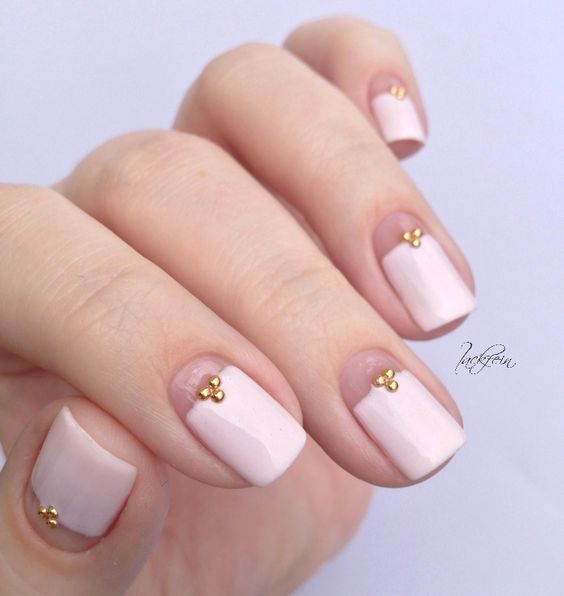 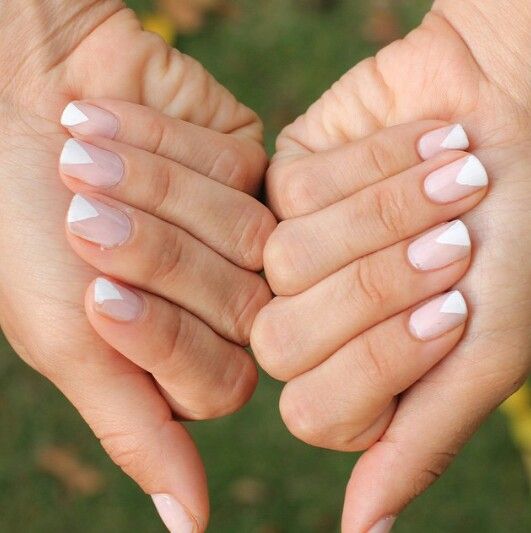 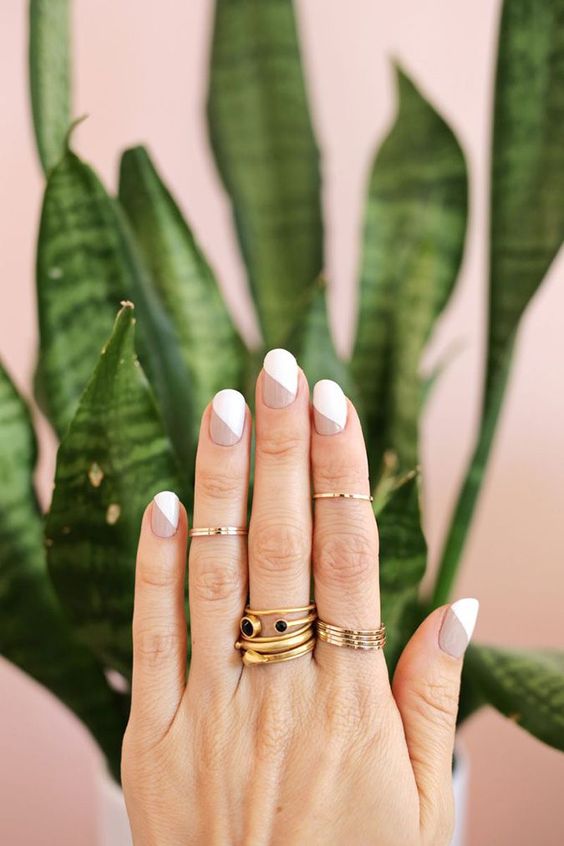 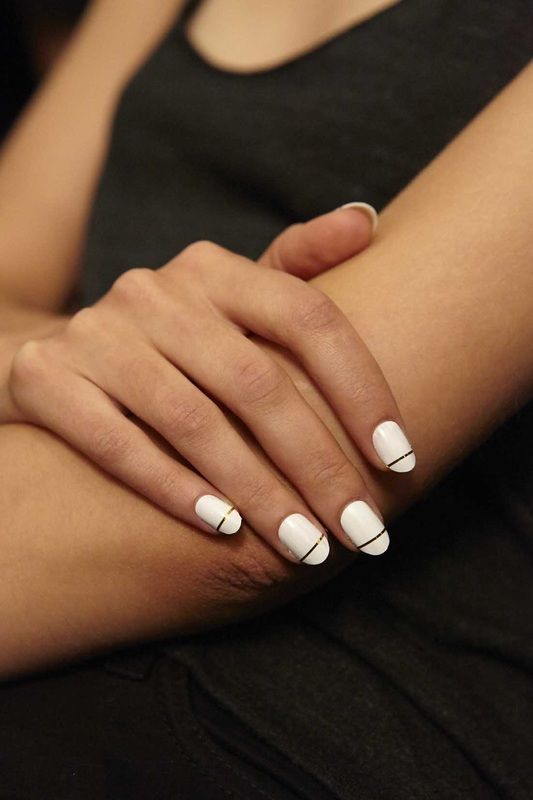 Add a bit of color to your look with a bright manicure. Go for pink, green, blue, yellow tips and extend them for a bolder look. You can even make mismatching colorful tips – different on eahc nail. Try modern black and white combos and geometric tips or go for extended black tips to make a statement. Get more creative ideas below! 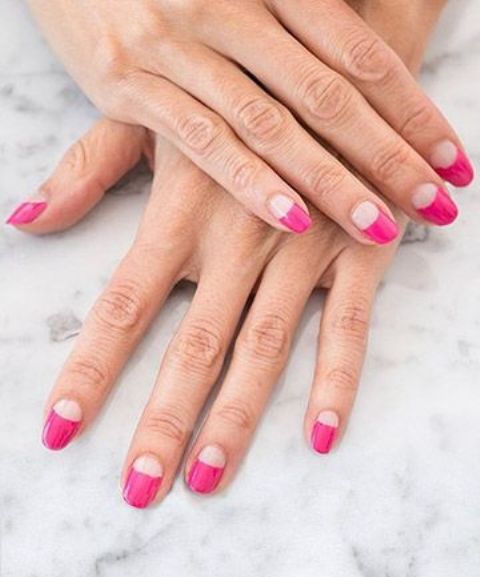 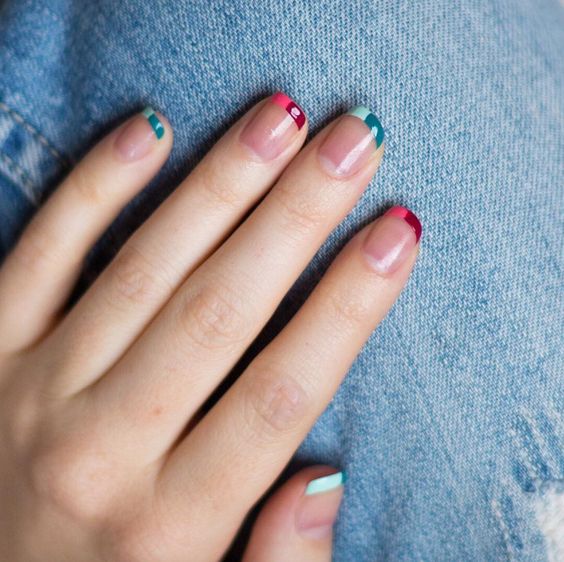 a colorful and mismatching French manicure with green and pink tips 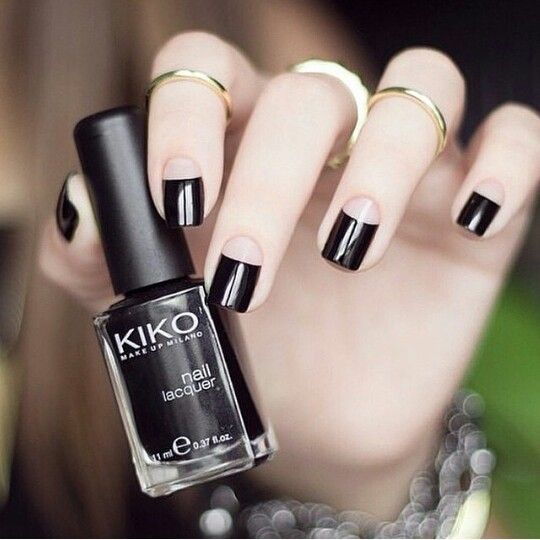 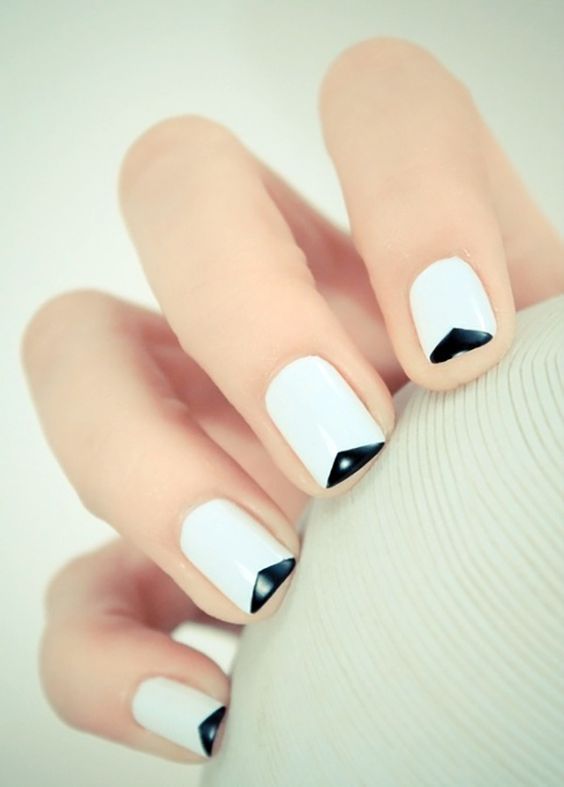 a minimalist geometric black and white take on French nails 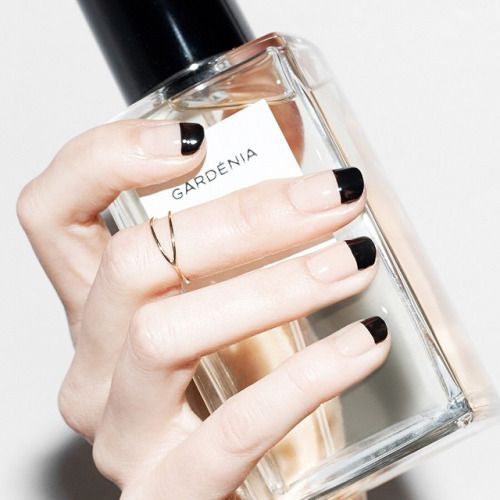 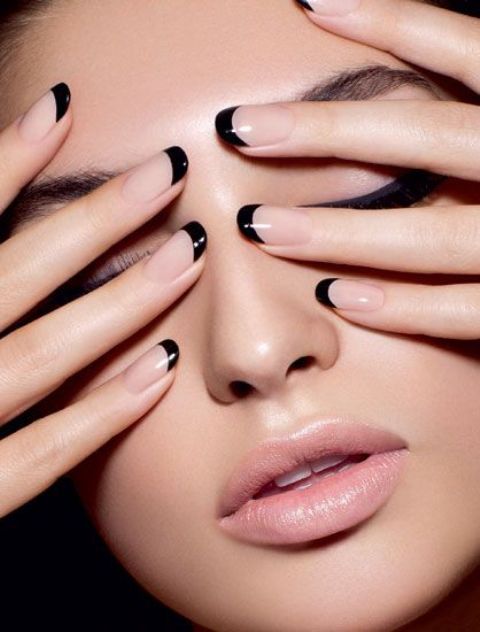