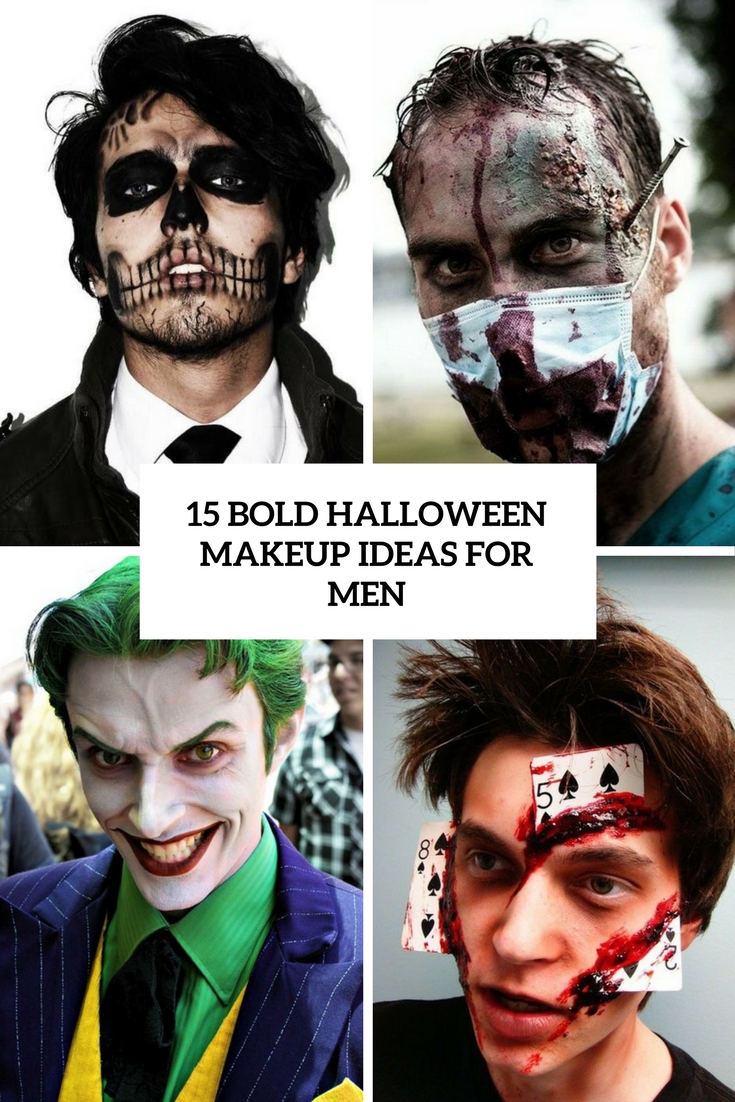 Halloween is a great time to wear something fancy, and of course you’ll need a cool makeup to finish off your look. I’m talking not only about girls but also about men and children even! Men usually don’t go for much makeup ot avoid it at all because there are many costumes and looks to recreate without any makeup. But if you feel like making up this year, this roundup is for you because I’m sharing amazing Halloween makeup ideas for men!

Skulls and skeletons are extremely popular for Halloween, and you can rock skull makeup – it’s scary, can be elegant and you won’t need a serious costume. Create it in black and white, or only in black, or go for bold colors like purple. Another idea is a sugar skull makeup, this is for those who love Mexico, who are ready to rock bold costumes and shades. 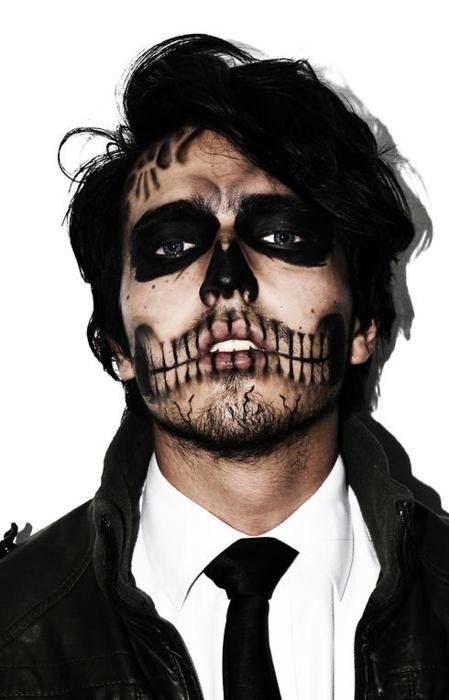 gorgeous skull makeup and a costume with a tie looks wow 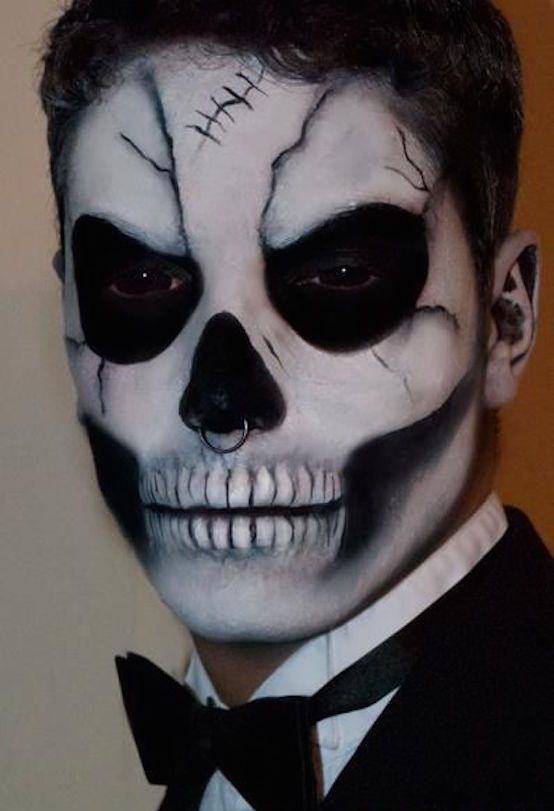 wicked skull makeup for men and a nose piercing 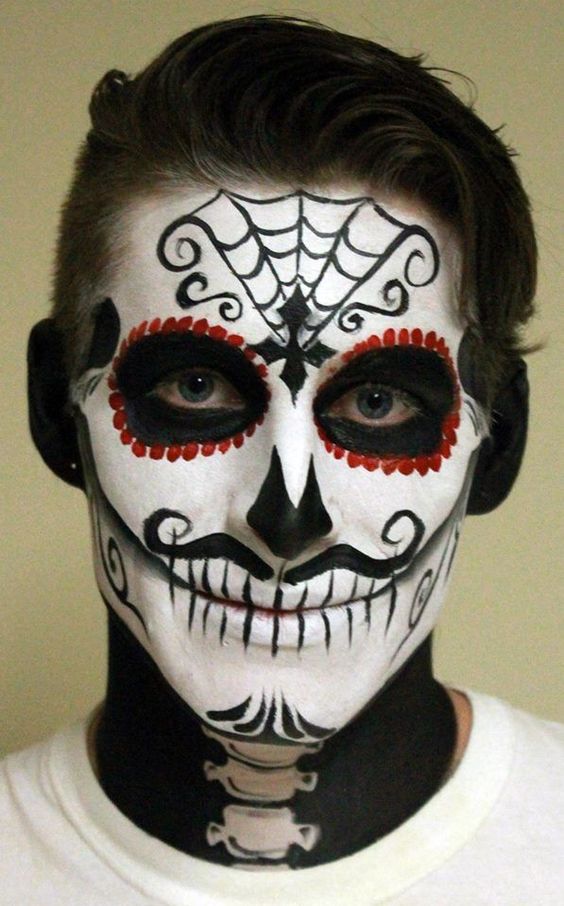 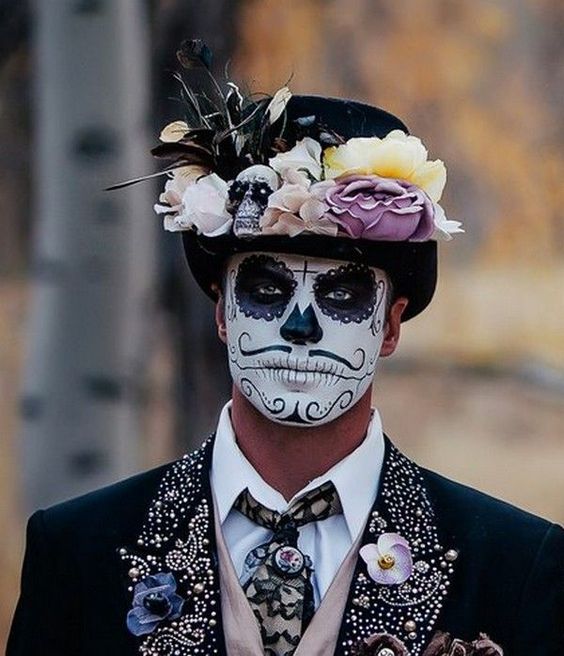 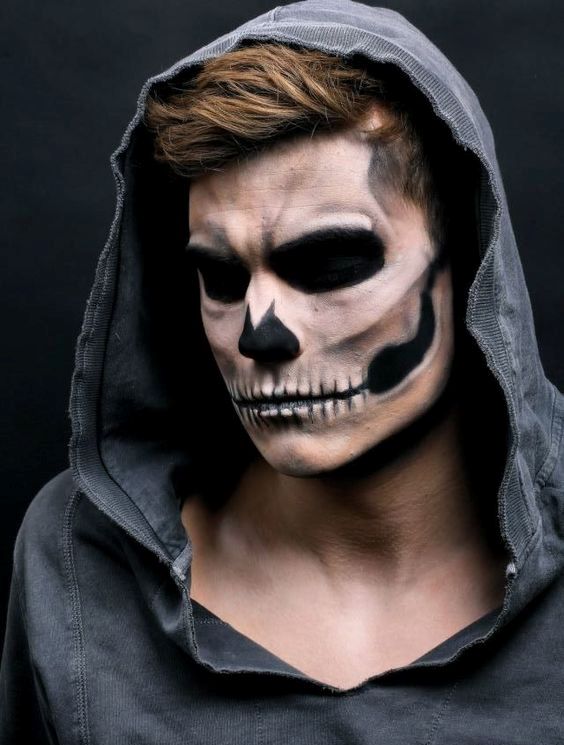 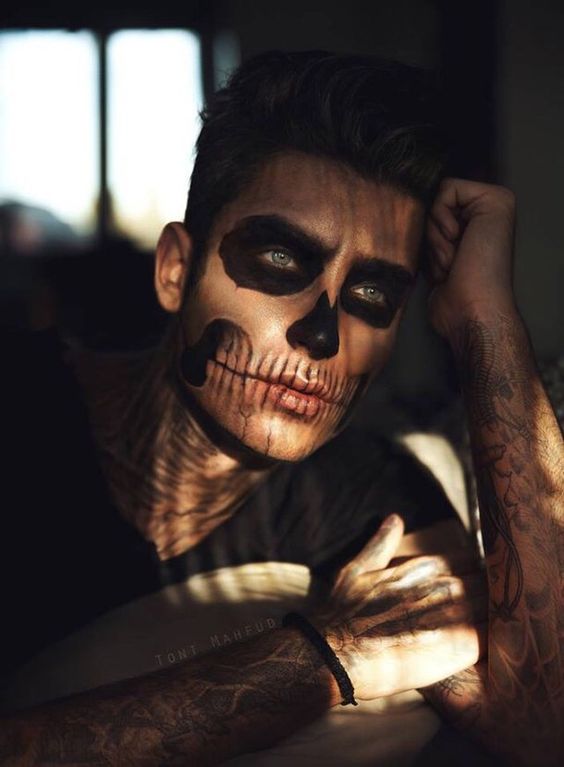 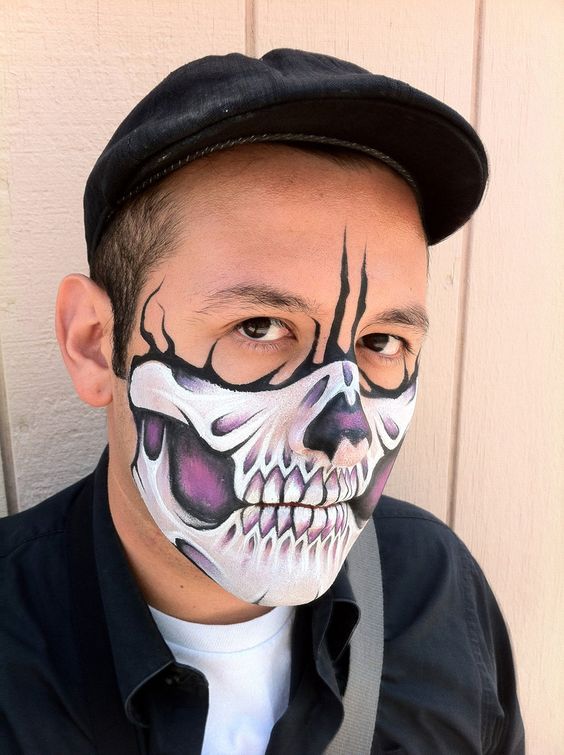 purple skull makeup for half face looks interesting and eye-catchy

Some other popular ideas for men may include werewolves, Joker, zombies, icemen and various dead doctors, clowns and so on, and among these you can find several outfits that won’t require a costume, only a bold makeup, for example, an ice man. Other ideas don’t require much makeup from you, for example, if you don’t want any – go for a Superman costume. Get inspired! 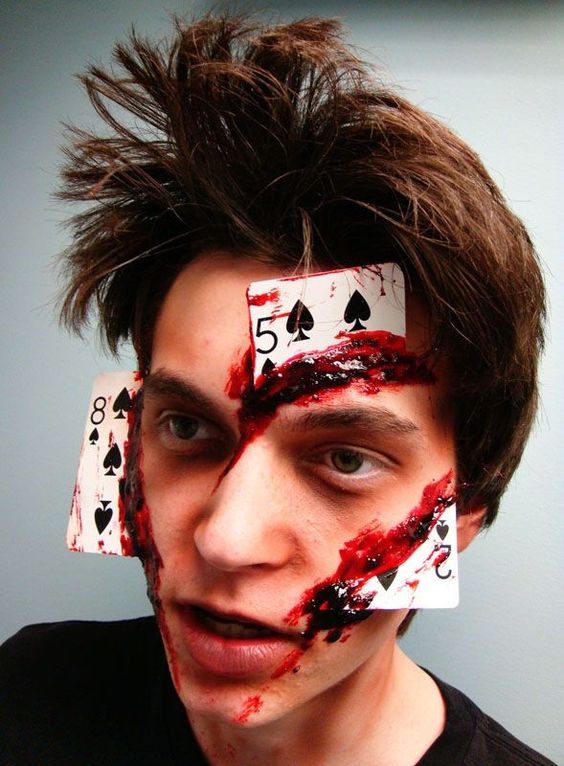 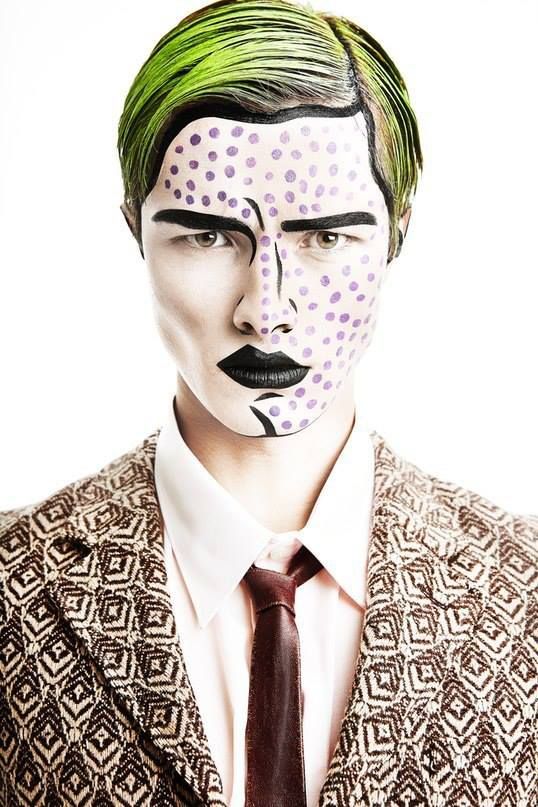 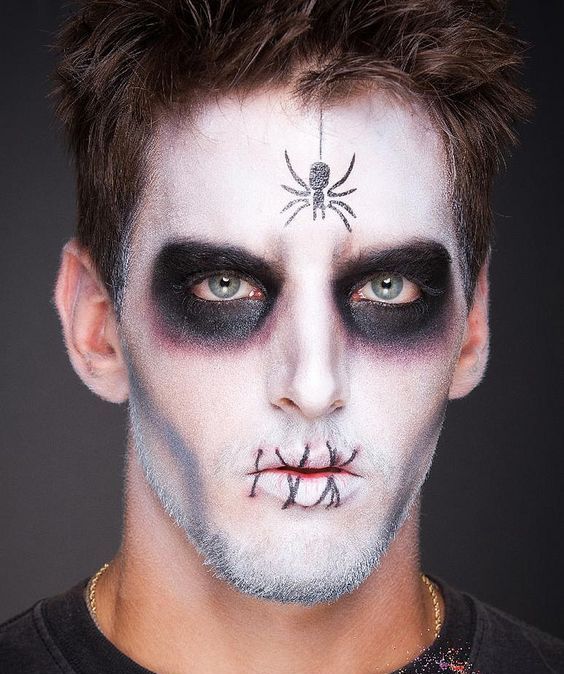 easy spider makeup for Halloween with a spider on your face 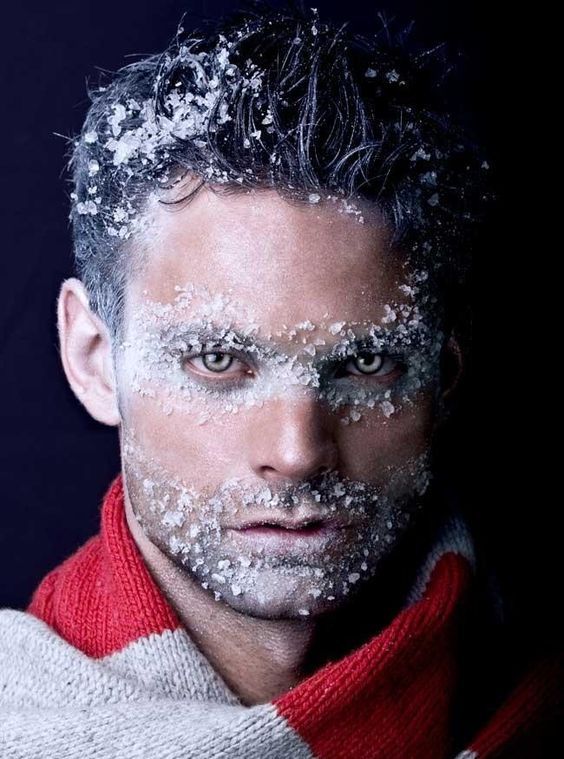 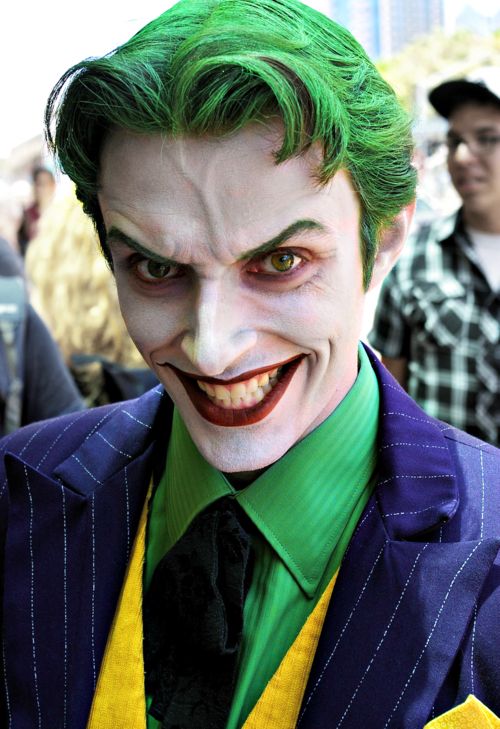 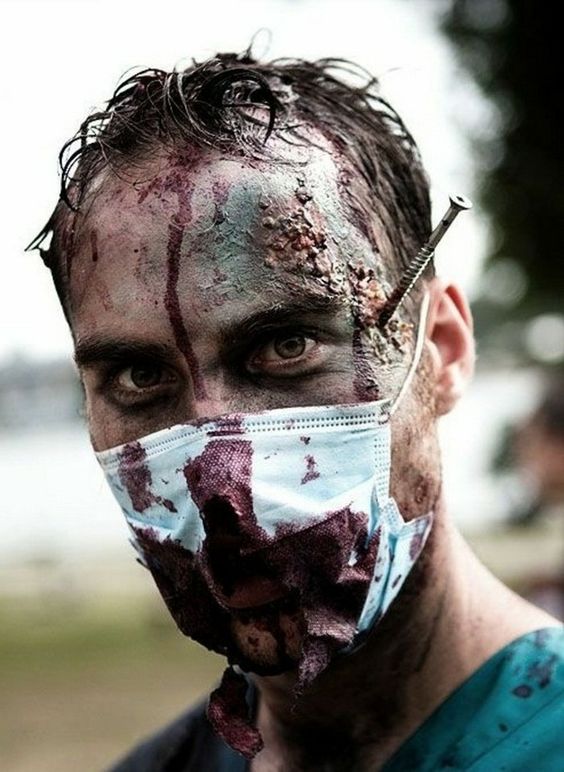 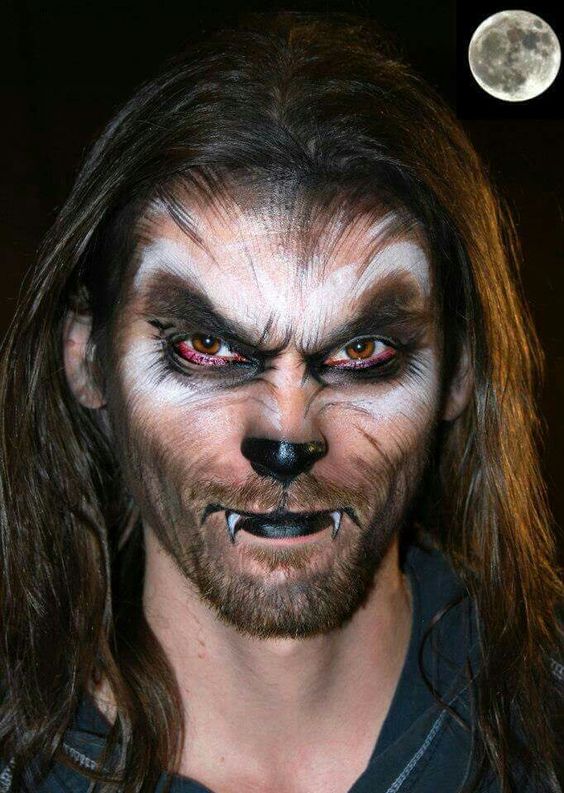 werewolf makeup looks really scary and bold on a man 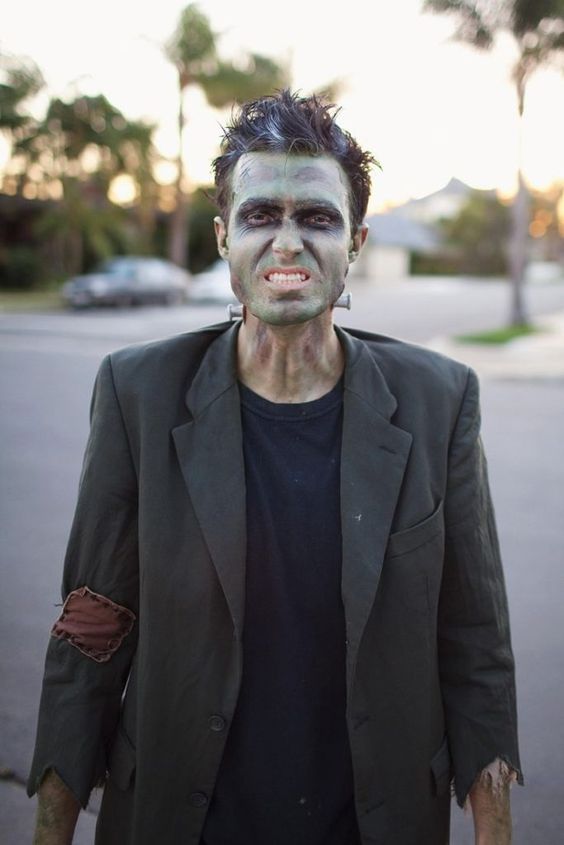 zombie makeup isn't difficult to recreate, you can make it yourself anytime