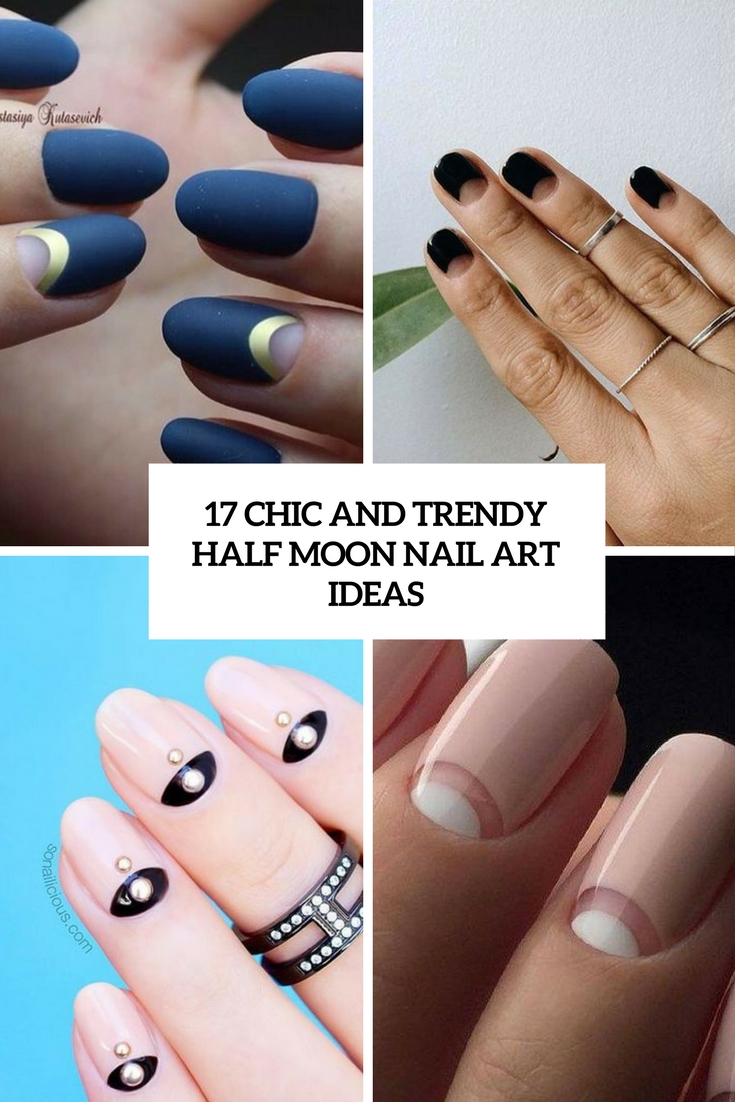 Half moon nails are another super hot beauty trend that you definitely should try if you haven’ tried them yet. What’s so awesome about such nails is that if you make shellac, then when your nails are growing, it’s not clearly seen because the half moon manicure repeats the natural lines of the nail. Let’s consider some of the chic ideas you can try.

Half moon manicures can be definitely suitable for work and office – just rock nude or French nails. Choose colors like nude, blush, pink, white and off-white to create a gorgeous and non-boring nail art. 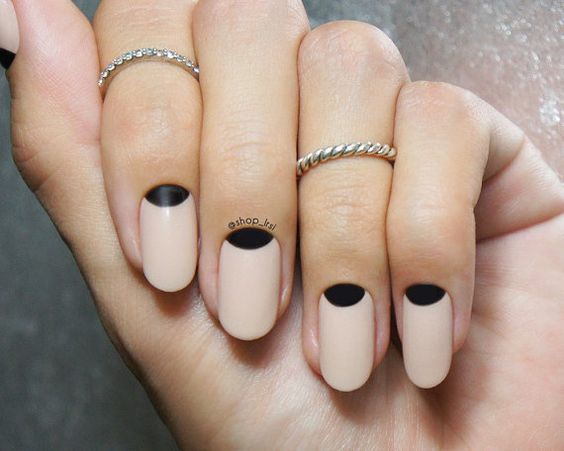 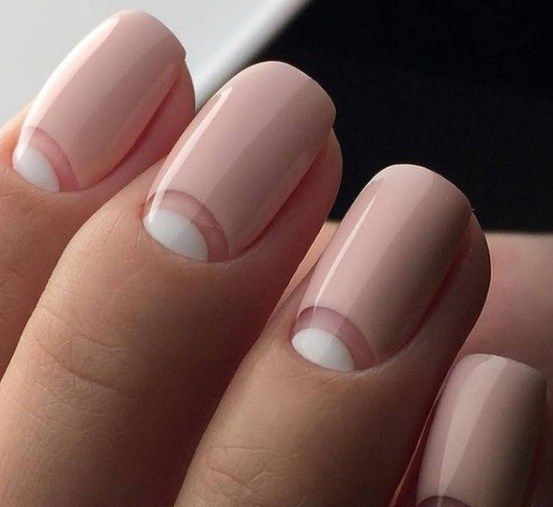 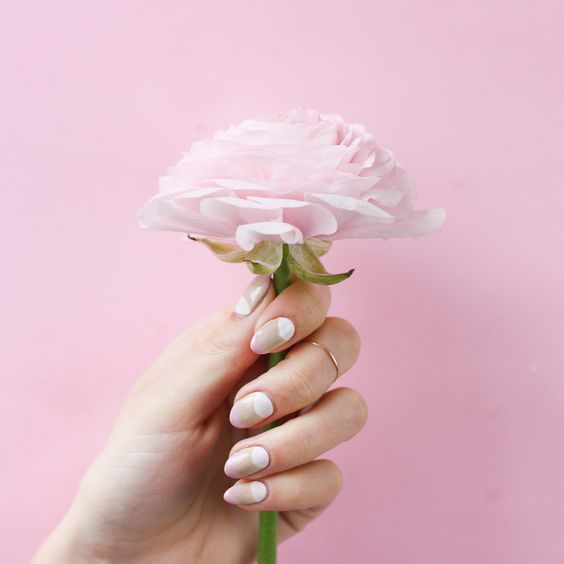 With Glitter Or Beads

To make you mani much more holiday-like, you can add glitter details or attach some pearls or beads, which is especially cool for some occasions, parties and even weddings. blush looks great with gold glitter, matte blue is amazing with silver metallic touches and so on – just mix the colors right. If you are bride, opt for subtle French or white nails with a half moon look and maybe some beads. 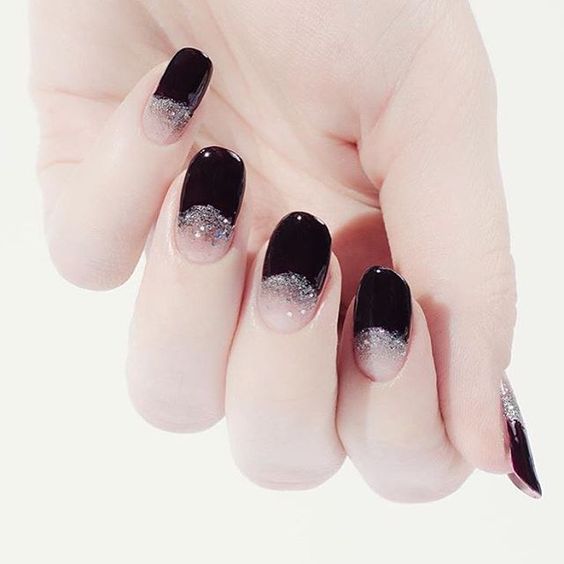 black half moon nails with silver glitter for a glam feel 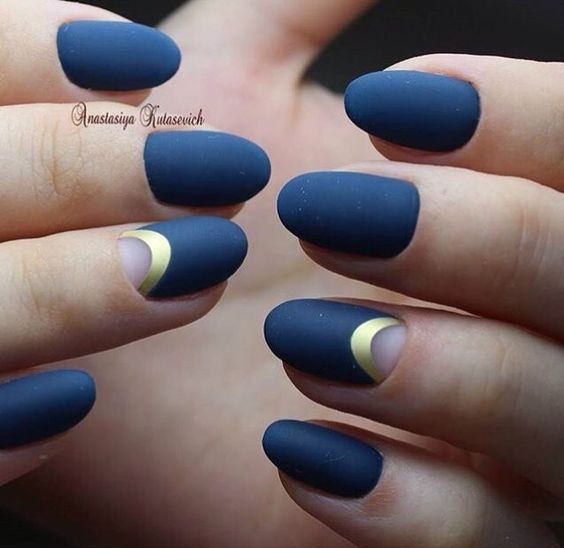 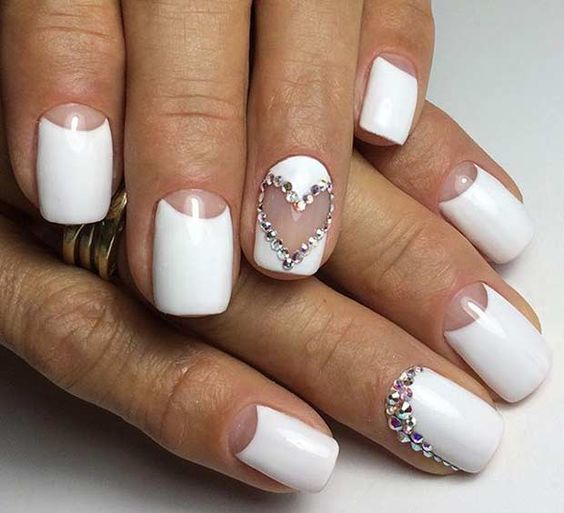 white half moon manicure with lots of rhinestones for a bride 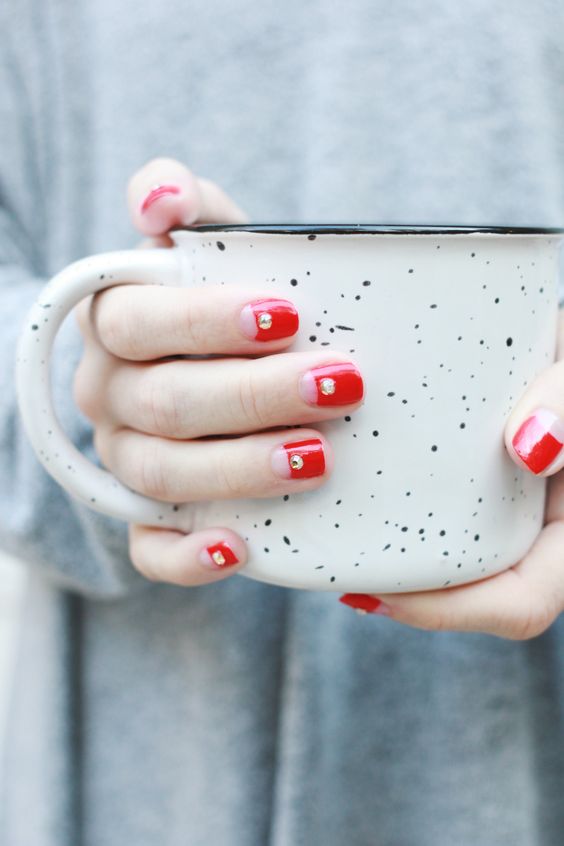 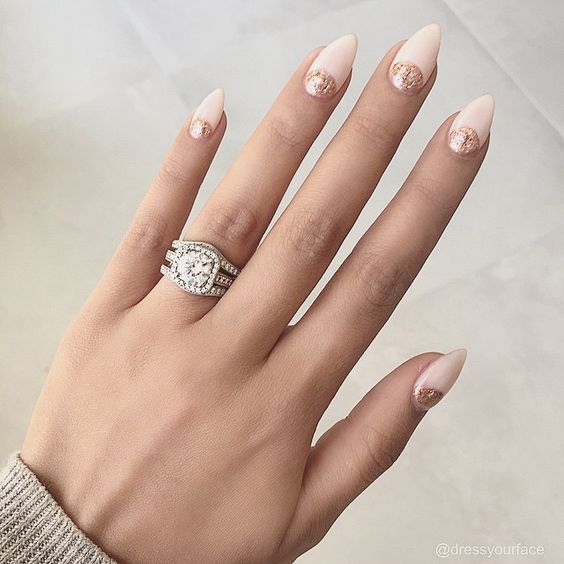 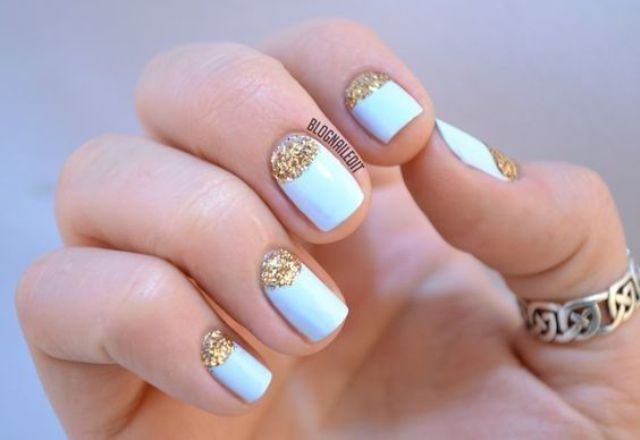 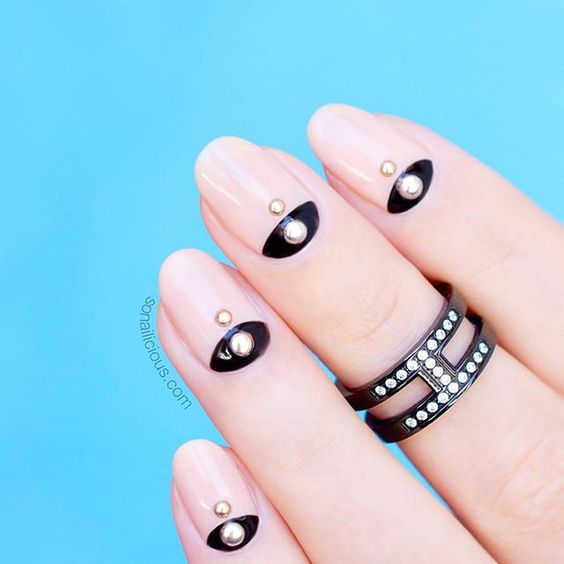 Use negative space in your half moon manicure – whether it’s the whole nail or some negative half moon details, your nails will be super trendy. Rock bold colors for summer and vacations: red, turquoise, yellow, emerald and pink, it’s up to you. go for a minimalist look with black and negative space half moon nails. Get inspired! 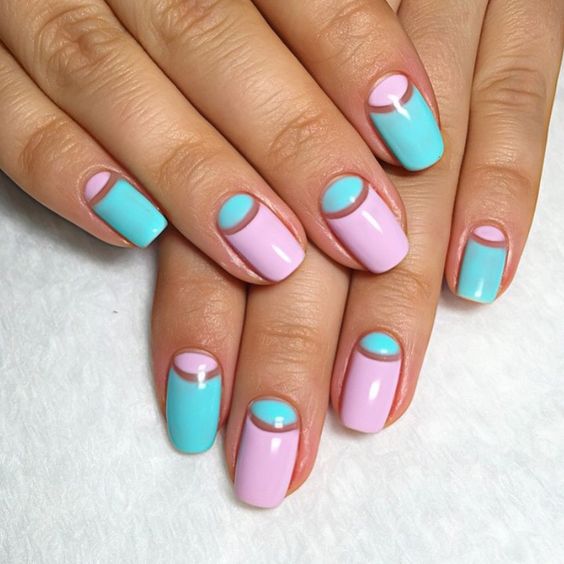 bold blue and pink half moon nails for summer 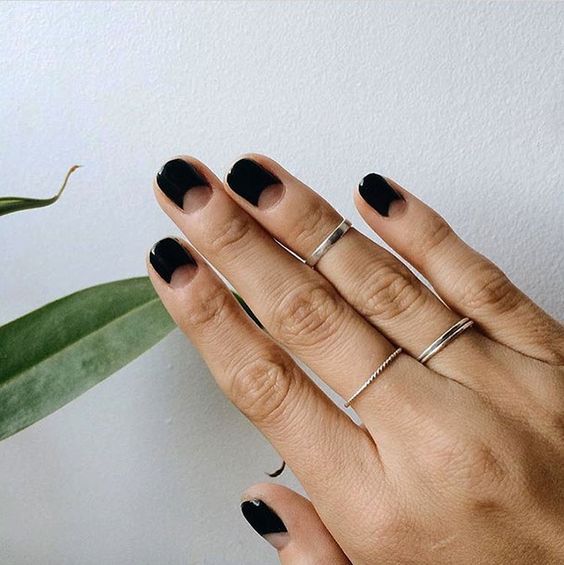 black half moon nails for a minimal modern look 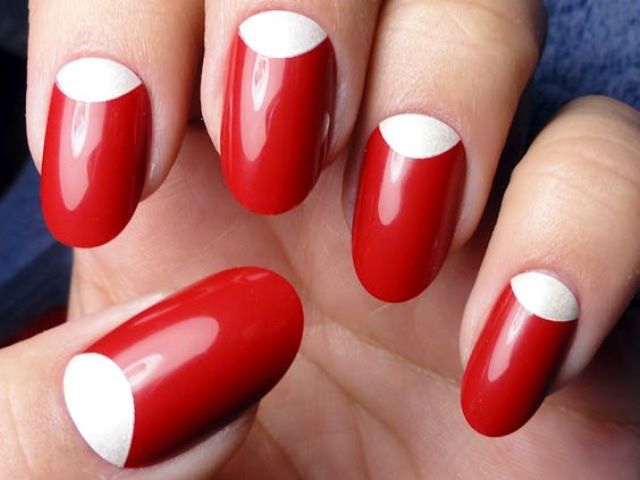 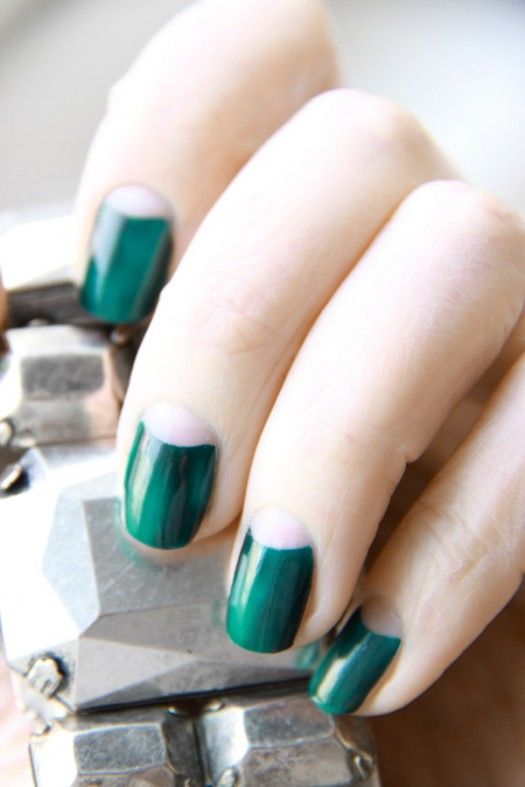 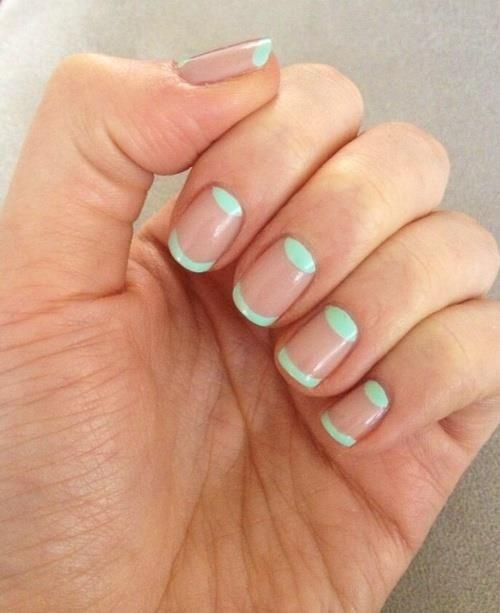 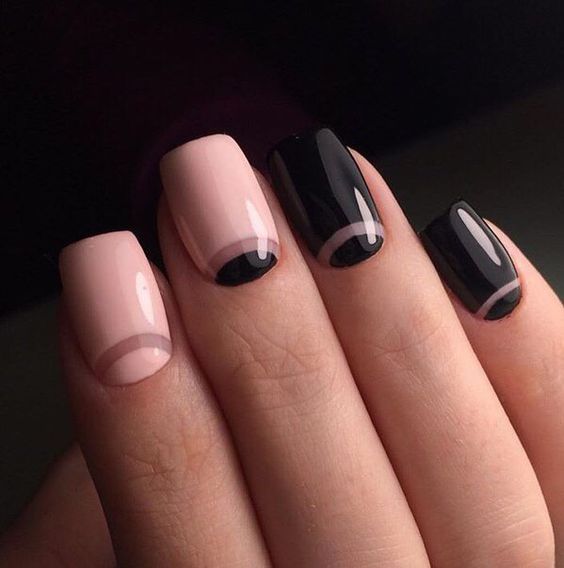 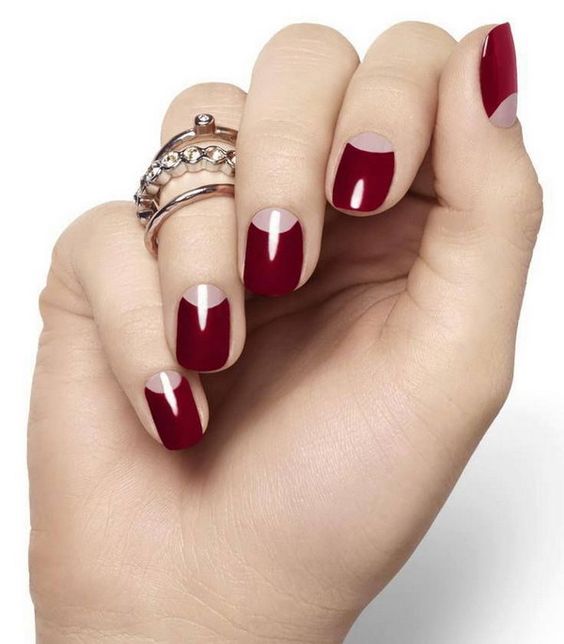