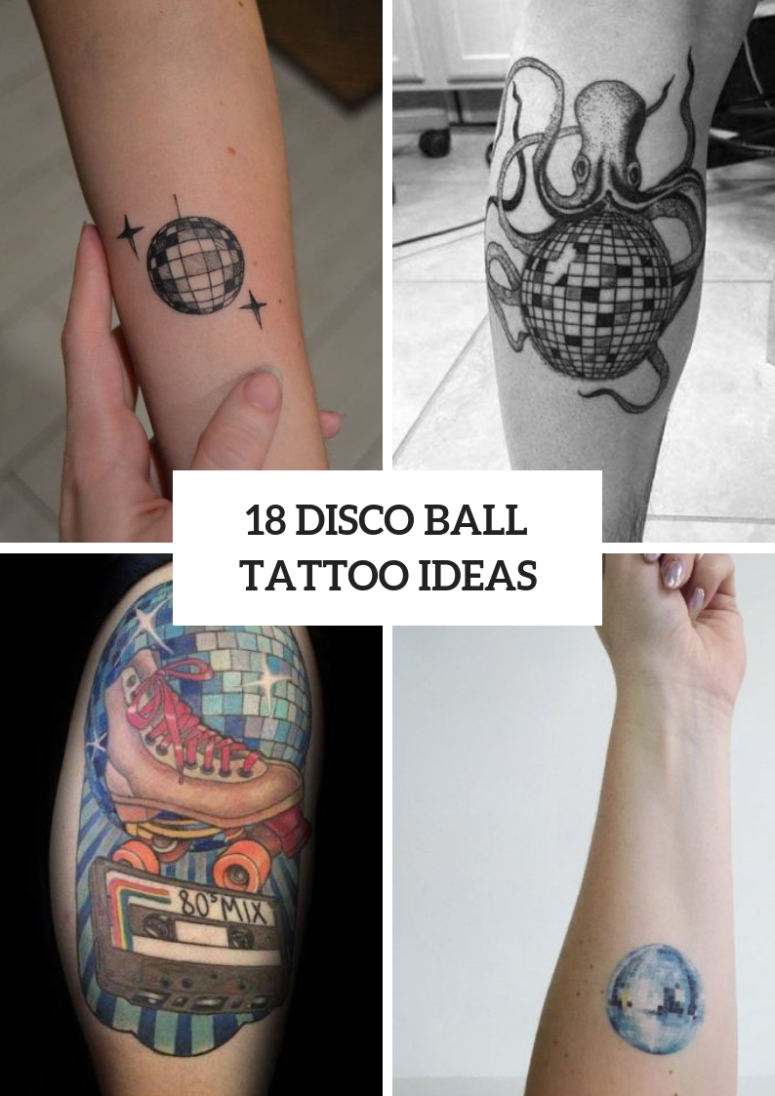 If you love eye-catching and creative tattoos and you want something unique, then you should continue to read this article. Today we are ready to share with you cool and so funny disco ball tattoos for men and women. As usual we need to find out what these tattoos mean. It’s very simple! They show that you are always ready for a party and want to enjoy the moment. Often men place such tattoos on their forearms and shoulders, chest and legs. Women make disco ball tattoos on the wrists, hips and ankles. Now you can scroll down to see all ideas. Add a little sparkle to your life!

We always show you black and white and colorful tattoo ideas, and today it is not an exception. For those who love a simplicity in everything and a minimalistic style, I offer to ask a tattoo artist to ink a black-contour disco ball with sparkles tattoo on the leg or forearm. If you love funny ideas, then try to repeat an image of a glass with a DJ, dancing people and a disco ball as an olive inside and place such tattoo on your forearm. Some guys choose more creative ideas and make a pineapple shaped disco ball tattoo or disco ball in an avocado tattoo on their hands, shoulders and legs. 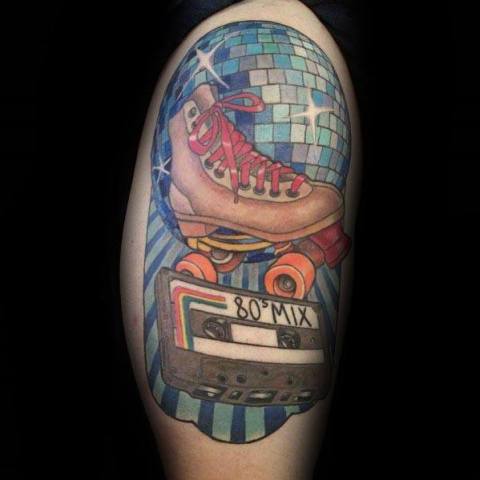 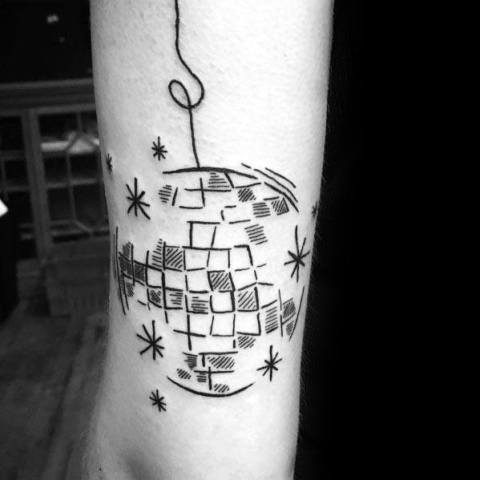 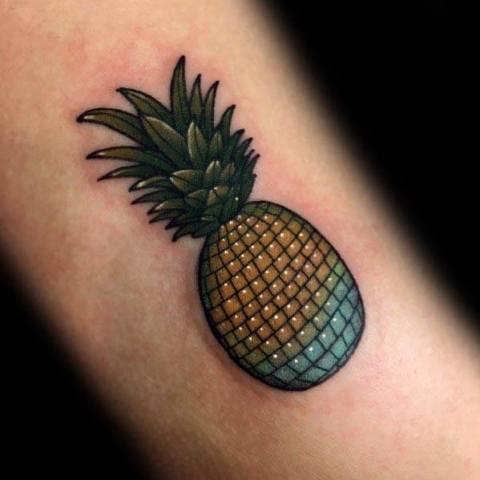 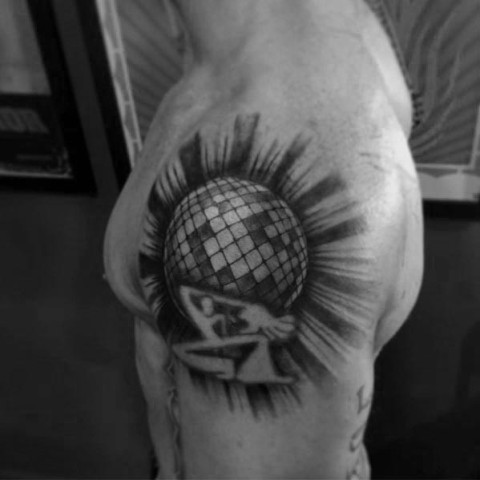 Disco ball and dancing people tattoo on the shoulder 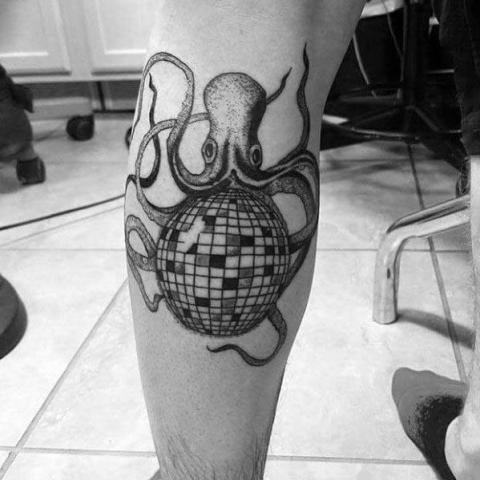 Disco ball and octopus tattoo on the leg 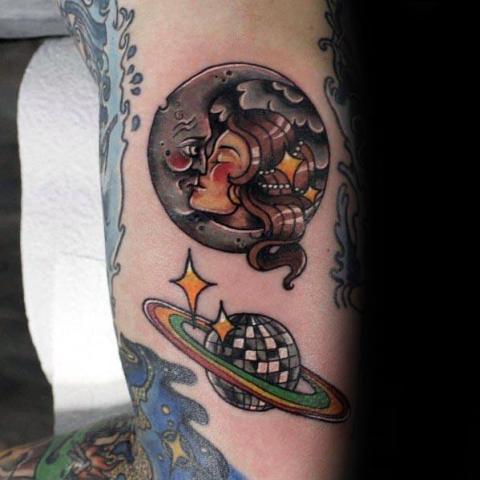 Disco ball as a planet tattoo 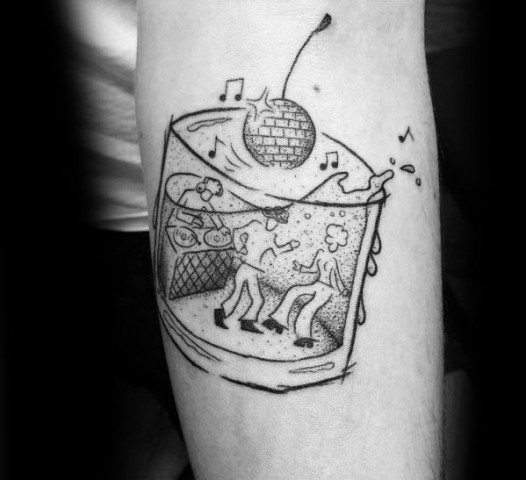 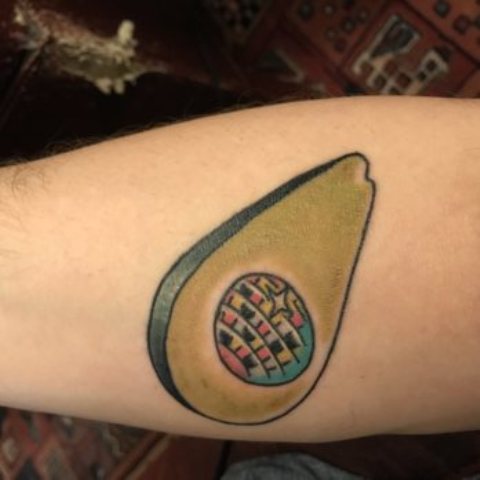 Minimalistic tattoo on the leg 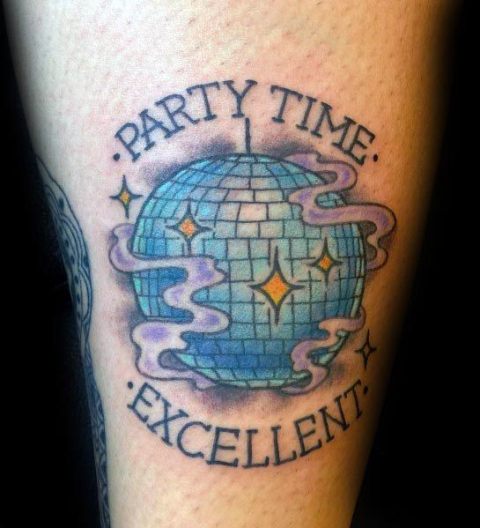 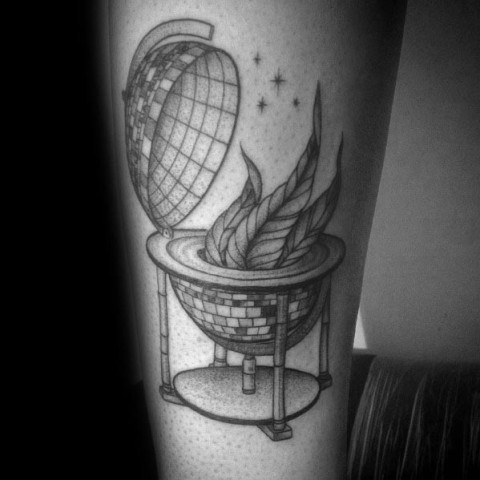 Of course, women pick up more romantic tattoo ideas, for example, they ask their tattoo artist to ink a colorful disco ball with pink, purple and blue flowers. Or you can choose a realistic 3D image of a disco ball on the watercoloring background. Like parties? Then try to repeat an idea with a big disco ball and a cocktail glass and place this tattoo on your hip. 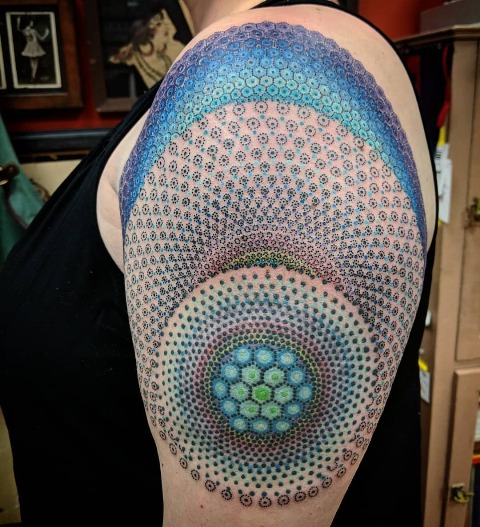 Artistic tattoo on the hand and shoulder 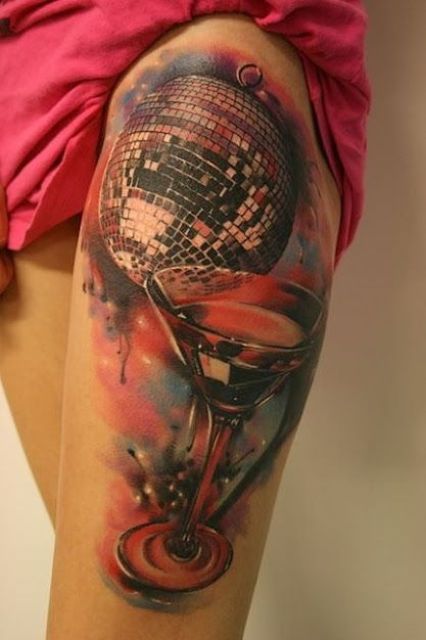 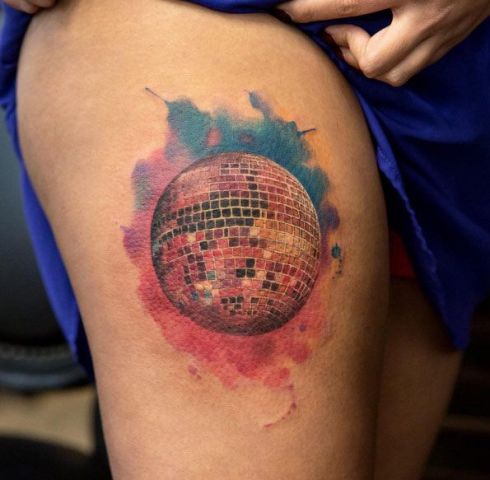 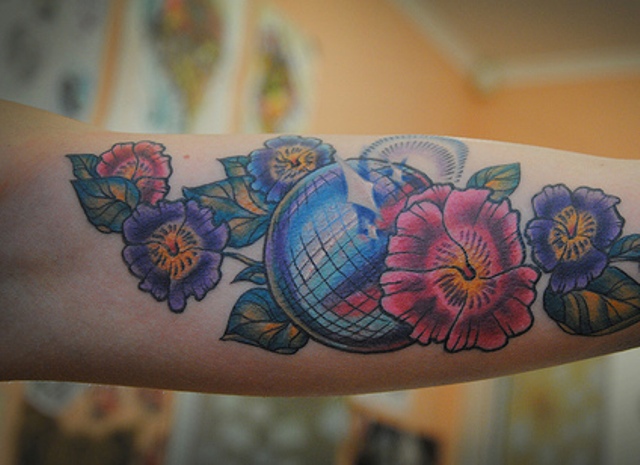 Disco ball and flowers tattoo on the forearm 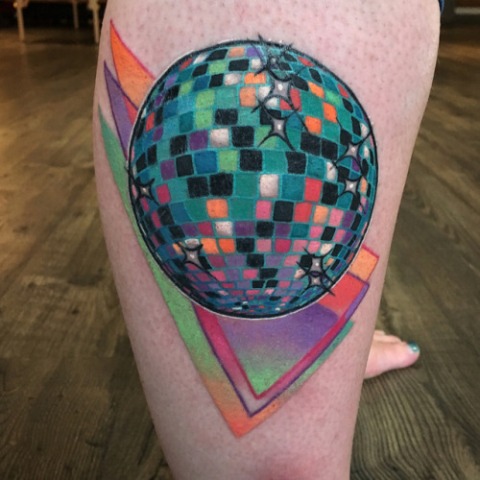 Eye-catching tattoo on the leg 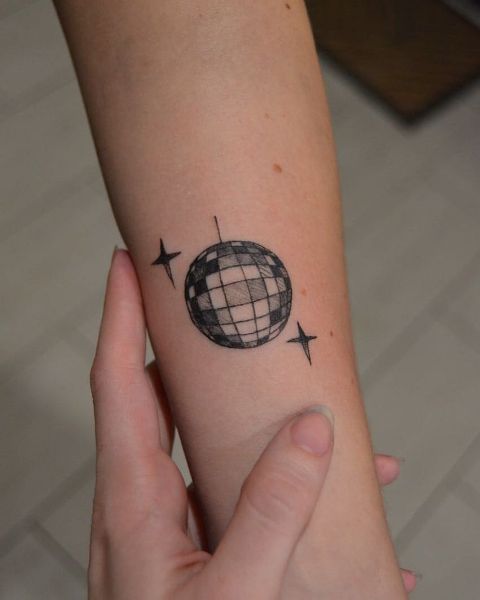 Tiny tattoo on the hand

Watercolor tattoo on the arm